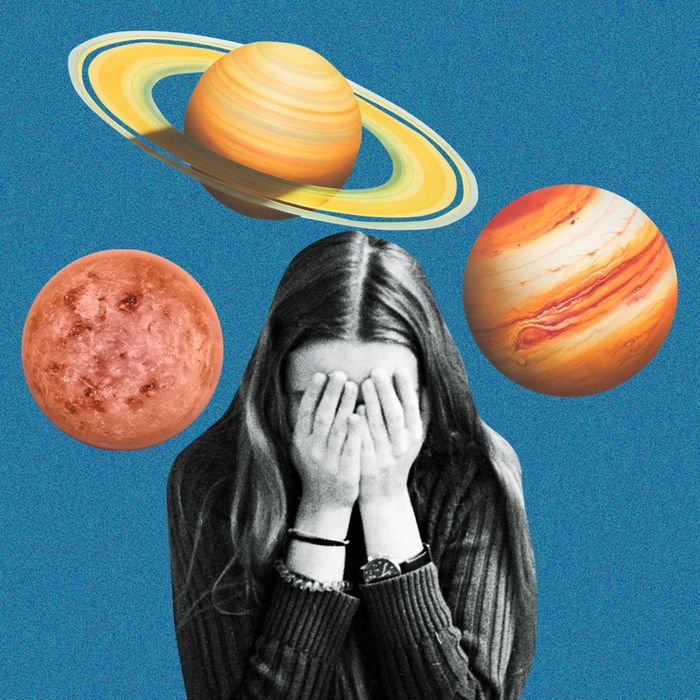 Astrologers have long been predicting that 2020 would be a big year: intense, brutal, full of large-scale, world-shaking change. Most agreed that the biggest single planetary event of the year would be January’s Saturn-Pluto conjunction — a rare meeting of two of the solar system’s most intense and most powerful planets, bringing with it major changes in the structures our society is built on.

So while January may have held the marquee event of the year on a grand scale, on a personal level, this week might feel as intense, if not more so. Already this month, there’s been a lot happening astrologically. Last week ushered in a new cycle of eclipses, which are associated with dramatic changes and turning points, and on top of that, there was a full moon in Scorpio — a moon that can be relied on to dredge up and illuminate intense and previously hidden emotions. This week offers even more drastic change: On Sunday night, Saturn stationed retrograde; on Monday, Mercury entered Gemini; late on Tuesday night, Mars enters Pisces, and Venus stations retrograde; and on Thursday, Jupiter stations retrograde. If it’s not clear, this is an uncommonly large volume of astrological action to be compressed into the span of a single week. But what, specifically, does all this change mean for us?

First, when so many planetary events happen in such a short amount of time, it’s bound to feel intense, exhausting, even a little wacky. Change of any kind tends to be tiring, and right now, we’re being asked to process many types of changes at once. Fortunately, some of this week’s change is pretty clearly, straightforwardly positive.

In particular, Mercury — planet of communication and connection — is moving into curious, social Gemini, which signals great things. Gemini is the natural home of Mercury, one of the signs where it can express its energies most easily and most truly. Mercury will only remain in Gemini for about two weeks, but while it’s here, your thinking might snap into focus, sharp and sparkling. You’ll be able to express yourself to others clearly, and to use language with fun and curiosity and joy.

When so many planetary events happen in such a short amount of time, it’s bound to     feel intense, exhausting, even a little wacky.
Shared by “Kari”

This site uses Akismet to reduce spam. Learn how your comment data is processed.